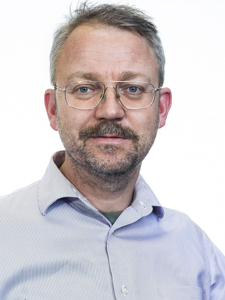 Dr. Olsson earned his Ph.D. in 2007 at the Royal Institute of Technology (KTH) on the topic of nanocomposites developed for the Swedish Research Defence Agency. Previous to the doctoral studies he had developed an interest in polymeric materials when working with optical fiber coatings at École Nationale Supérieure de Chimie de Montpellier in France (-2000) and at Bell Labs, USA (2000–2001). Olsson's doctoral studies on magnetic nanoparticles dispersions in thermoset polymers were followed by works devising a system for fabrication of nanofibre reinforced silicone materials for Mölnlycke Health Care AB (2007-2008). These nanocomposites were developed at the Stellenbosch University, South Africa. Postdoctoral studies were carried out 2008 at Consejo Superior de Investigaciones Científicas (IATA), Spain, with a focus on renewable nanomaterials within bioplastics for food packaging. In 2010 he returned to the KTH to pursue in-depth development of nanocomposite polymer engineering processing at the Dept. of Fibre and Polymer Technology.

https://www.kth.se/fpt/polymeric-materials/staff/senior-scientists/assoc-prof-richard-t-olsson-1.59632
Back to previous page

Wallenberg Wood Science Center is a research center with a focus on new materials from trees. The mission is to create knowledge and build competence that can form the basis for an innovative future value creation from forest raw material.

The base is a donation from Knut and Alice Wallenberg Foundation.